February twenty one is International Mother Language Day declared by UNESCO in 1999 to celebrated linguistic and cultural diversity and multilingualism. Events, workshops and even tweets on this date develop awareness.

Languages are the highest all-powerful equipment of preserving and developing our tangible and intangible heritage. All progress to improve the dissemination of mother tongues will provide not only to inspire linguistic diversity and multilingual education but moreover to promote fuller knowledge of linguistic and cultural attitude throughout the earth and to encourage solidarity based on understanding, tolerance and dialogue

Mother Language Day has been realized all year, after all, February 2000 to improve linguistic and educational differentiation and multilingualism. The day produces the day in 1952 when learner demonstrating as an acknowledgment of their tongue, Bangla, as one of the 2 national languages of the then Pakistan, were shot and murder by police in Dhaka, the capital of what is today Bangladesh. 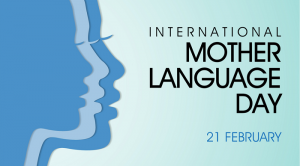 Bangladeshis celebrate International Mother Language Day by situating flowers at the Martyrs’ pillar and its replicas. A public anniversary in the country since 1953, it is also acknowledged as Shahid Dibosh (Martyr Day). On 17 November 1999, the UNESCO General Conference identified 21 February as Global Mother Language Day. Bangladeshis coordinate social conference honoring their language and culture, hold a literary contest, draw alpana on the roads, feed festive meals and hear and pay attention to songs. 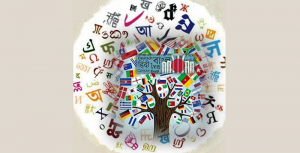 International Mother Language Day was received to the Canadian Parliament for acceptance by Matthew Kellway on February 5, 2014 as a private member’s bill